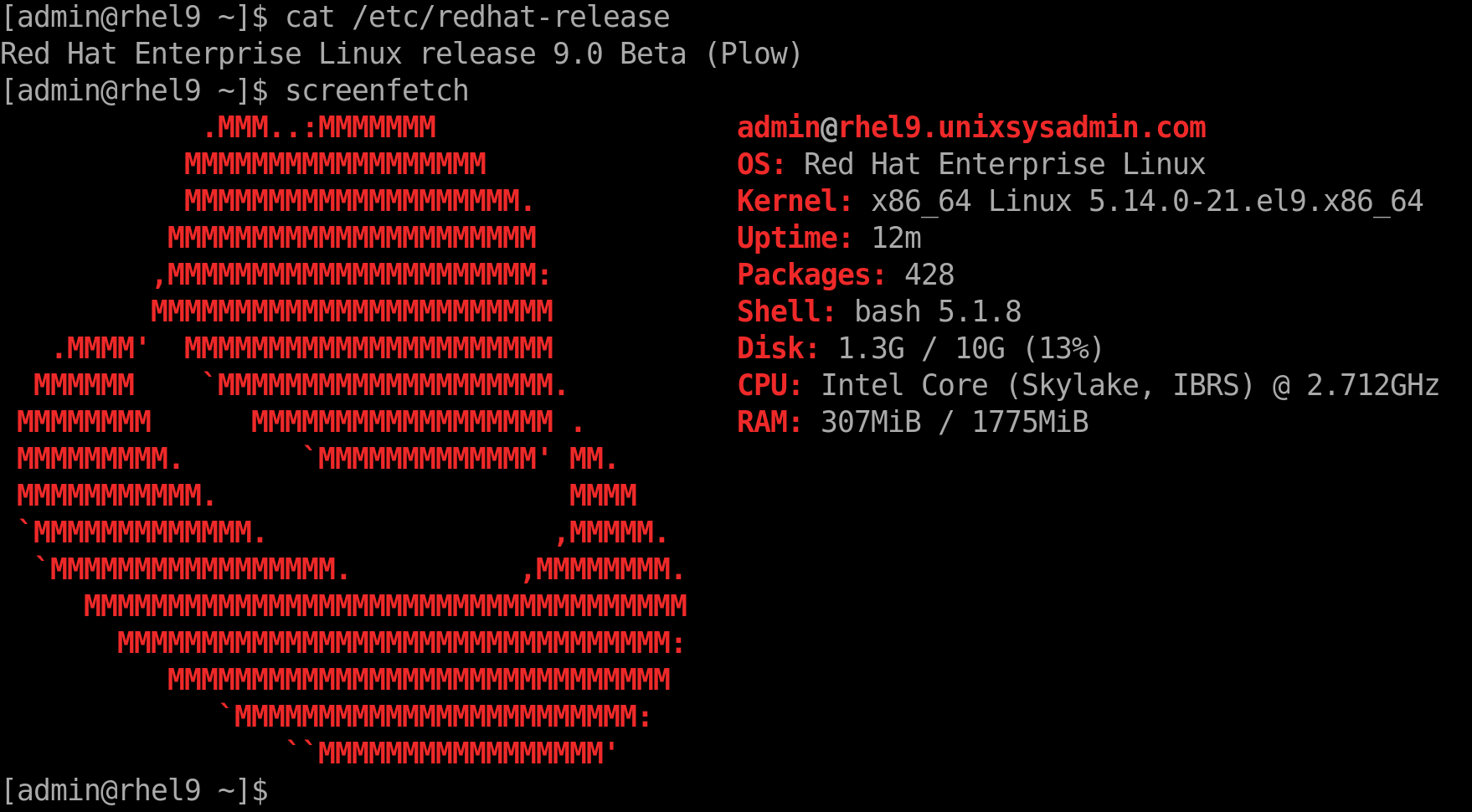 Let’s have a look at some facts about the beta:

On 23 February 2022, the The Red Hat Enterprise Linux YouTube Channel hosted an hour long overview of what to expect in RHEL 9.0.

This post is not endorsed or affiliated with Red Hat – the information provided is based on experience, documentation and publicly available information. Feel free to leave feedback at the end of this page if anything needs correction.
For an up to date roadmap discussion on RHEL please contact your Red Hat Account rep.

The easiest way to get the RHEL 9 Beta is to sign up for the no-cost developer program. Once done you can download a QCOW image, Boot ISO or Binary DVD from the Red Hat portal by clicking on the Downloads link in the top bar, and first selecting Red Hat Enterprise Linux 8. On the following page change the ‘product variant’ to ‘Red Hat Enterprise Linux for x86_64 Beta’ and the page should refresh with ‘9.0 Beta (latest)’.

Alternatively, you can follow this link: No-cost RHEL for developers subscription

One nice surprise is that if you installed an earlier release (I installed update 1) and registered it with Red Hat, you will be able to receive the updates. There’s no need to re-install.

Note that these updates are just package updates rather than formal ‘errata’ with Security, Bugfix and Enhancement classifications.

RHEL 9 was officially released on the Red Hat portal on 17 May 2022. For a full list of significant changes, please visit RHEL 9 Resources as this page details exactly what has ended up in the final GA release.